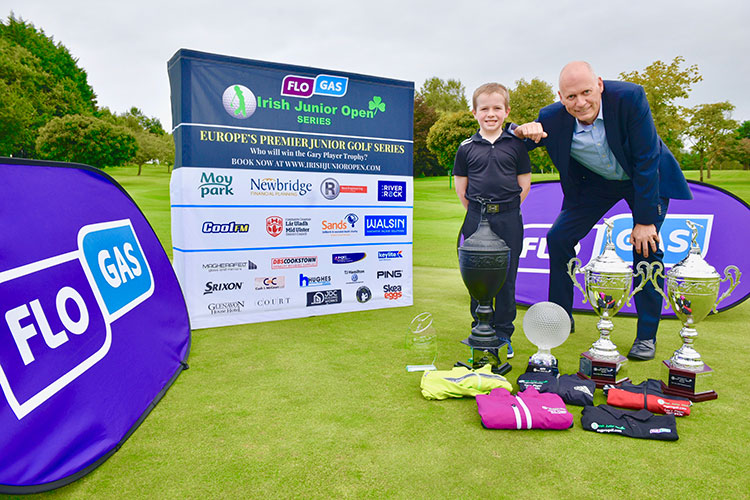 Nine-year-old Harry O’Hara from Newtownards has triumphed at the 2018 Flogas Irish Junior Open. The young winner, who has been playing in the competition for the past four years, was presented with the Gary Player Trophy by John Rooney, managing director of Flogas and is ‘one of the best junior golfers I’ve ever seen play the game’, according to the Series founder, Michael Gallagher PGA, director of mgprogolf.com. The Open is a six-event series run across the four provinces in the summer and the Final was at Killymoon Golf Club, Co Tyrone on Monday 27 and Tuesday 28th August 2018.

John Rooney said, “As a recreational golfer myself, I was in awe and more than a little envious at the talent and skill that was on show at the Final! There was also plenty of fun and encouragement on the day and throughout the Series as a whole, which is always very important for junior tournaments like this. We’re delighted to be involved and looking forward to next year.”

The Series is open to male and female players aged between 5 – 18 years from all over Ireland and beyond. With international broadcast coverage and an impressive 22 million mentions across all social media platforms last year, it’s now one of the biggest events of its type in Europe and attracts the cream of up and coming young golfing talent.

Along with £500 worth of prizes, Harry, from Clandeboye GC in Newtownards is all ‘teed-up’ for a game with former European Tour player Gary Murphy and up and coming tour player Cormac Sharvin at a top tour venue very soon. He will also be rubbing shoulders with the world’s best at the 2019 Open Championship in the Royal Portrush Golf Club next summer.

This year’s event also raised £1,000 for SANDSNI, the Stillbirth and Neonatal Death Support charity, bringing the total amount raised for charity by the Open to £7,000 to date.

U18 Golfer of the Year: Tom Evans, Rockmount GC, Carryduff, Co. Down.

U12 Golfer of the Year: Sean Cooper, Dubai, UAE

Winner and U9 Golfer of the Year: Harry O’Hara, Clandeboye GC, Newtownards, Co.Down 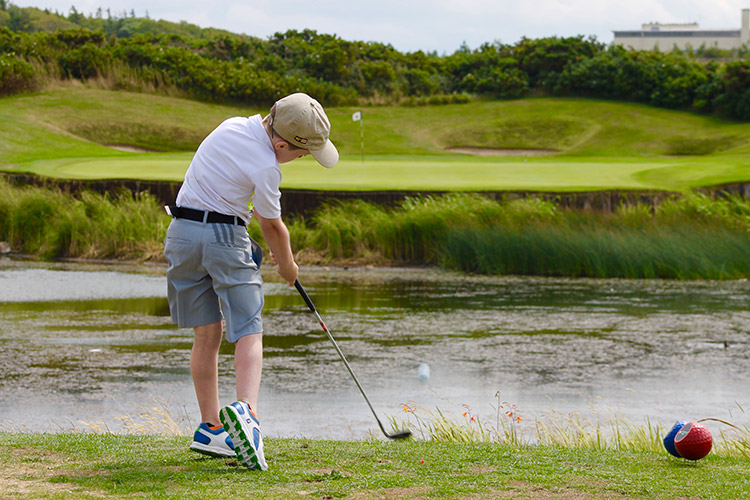